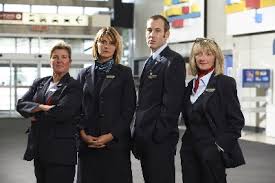 Don't you just hate it sometimes when you're right?

You know what I mean, you predict something that you actually hope won't happen, but every instinct that you have tells you this is going to go down just as you predict it, whether you like it or not.

That's the way I felt when I read a story in the Globe & Mail last week that said that Air Canada had narrowly averted a strike with their Flight Attendants by reaching a tentative agreement.

Here's the kicker. . .  The tentative agreement was reached as a result of Air Canada agreeing, among other things, to shelve their plans to launch a low cost carrier as a branch of their main operation.

I had further gone on to say that; "As soon as I read that, I knew the deal was dead.  There is no way that the Air Canada pilots union will agree to anything out of the ordinary.  They have a long-standing history of drawing a line in the sand and then standing on “their” side of that line and daring you to cross it, at your peril."


Apparently, I was close, but I predicted that it would in fact be the airline pilots union that would kill the deal and apparently I underestimated the flight attendants union who have now brought this venture to a close.


I've made it no secret that I didn't think Air Canada should launch another discount carrier anyway.  They've already failed at the experiment on more than one occasion, but I was nonetheless disappointed to see that the deal was dead at the hand of the flight attendant's union.


It is, yet again, a clear indication of when unions have too much power over business, power that can bring a business to its knees, and in some cases, to bankruptcy and closure, but the union marches on, they have nothing to lose, nothing at risk.


I've said it before and I'll say it again; It’s a perfect example of everything that is wrong with unions.

Dale Dyck
A dynamic natural leader who provides a balanced approach to results, ensuring the maximization of ALL of the pillars of a successful operation, with equal emphasis on strong Financial Results, Exceptional Guest Service and Guest Loyalty, and Employee Engagement.

The Hospitality Net 360° Newsletter is provided on a daily basis and is filled with relevant news, blogs, events and event news, columns, and staff movements.

Hotel Blogs.org is a collection of the best blogging from the worldwide Hotel, Motel, Travel, Tourism and Restaurant Industry.